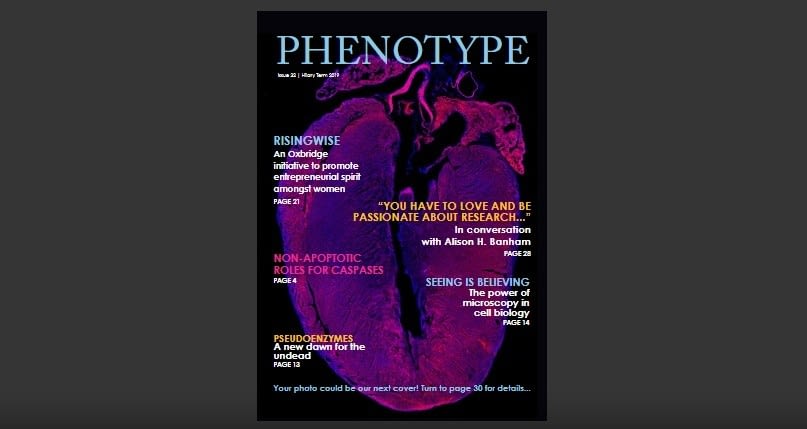 First published in Phenotype, a journal of the Oxford University Biochemistry Society. Personal reflections in pursuing an education and career in medicine as an ambitious woman amidst societal expectations.

I did not always know that I wanted to study medicine. Admittedly, at some point growing up, I thought of becoming a doctor, but I also considered becoming an accountant, a lecturer, and a slew of other things. The most defining moment in my life was when I was 14 and diagnosed with Rocky Mountain Spotted Fever of all things, and a prescribed tetracycline saved me. At that moment, I knew that I could potentially study medicine. But I did not start medical school thinking that I wanted to pursue a particular specialty. While some people knew that they wanted to do neurosurgery, I just did not know what I wanted; and even if I did know now, I still wanted to do a multitude of other things. Most people told me that I was wasting my time. In medical school, I took a year off between second and third years to study a medical physics degree, and, as this is extremely uncommon in my native Malaysia, there were extensive rumours of me changing my degree and quitting medicine. The reason why I chose to study this degree was because I had briefly considered radiology as a career option and obtaining this BSc would be useful for the Royal College exams. I also wanted a way out in case I lost interest in medicine and would like a change of career. After all, I would still have spent three years to get a degree and, even if I had quit, why is it such a taboo to change your mind instead of doing something that (people might think) could suit you better?

Fast-forward to the present, I am now a qualified doctor with a few years of practice under my belt and doing a DPhil in Obstetrics & Gynaecology at the University of Oxford. Prior to starting my DPhil, I spent a year in core medical training and realised that it was not my cup of tea. Importantly, the year before I became a core medical trainee, I was studying for my MSc in Clinical Embryology and became interested in research. 2017 was a stressful year for me, I contemplated leaving core medical training, which meant leaving my source of income, to pursue a DPhil. I received many angry emails dissuading me from leaving the training programme and, even not too long ago, I was told to quit my DPhil and return to Malaysia, where a job would be quickly available for me. I found that notion incredulous – if it is so easy, why am I working so hard for it? I had a partner who once told me that I changed; who would not change under the insurmountable stress of finding a scholarship, a locum doctor job and excelling in their DPhil?

Getting degree after degree can be a waste of time, if one uses those degrees as badges of honour. The same if someone travels to over 50 countries, taking countless photos but have no recollection of their favourite places or things they did, but have favourite photos (where they think they look nice) against a tropical landscape or historical monument that they may not remember. It can be pointless. As pointless as it may be asking me to go on this ‘doctor-conveyor belt’ without thinking whether it resonates with my interests and priorities.

I would like to live a meaningful life and, in order to do so, I need time to decide. I love soaking into the moment and trying to learn as much as I can about things around me, even if sometimes I like lying down and not thinking about anything. To me, there is not much point in running from one goalpost to another for no other reason than being told to do so.

Since I was young, I was taught not to waste. With the education and knowledge that I have, I treat patients, encourage others to achieve their ambitions through The Kalsom Movement: a Malaysian-registered charity in which I am the Chair of the Board of Trustees; and pursue research to find answers to pressing questions about endometriosis. I am passionate about being a useful, contributing member of society. However, is my education a waste when my contributions are not just limited to certain geographical borders?

Pursuing my DPhil posed other unique challenges as I grew older. As a woman in her early thirties, my social media feed is full of weddings and births. “Your biological clock is ticking,” as some people would cheerily say to me as if my life was incomplete without a husband and no children. As a woman, we tend to overthink, and it is not too far-fetched to assume that most of us will think about our future family when considering taking up a promotion or a new job1a. We over-plan years in advance and can potentially stop ourselves from “taking up too much” because it will impact our future, yet-to-come-into-existence family units, as it happened to many of my friends who did not even consider medicine as a degree. An acquaintance made a point to tell me that he would expect his wife to quit her job in order to bring up the children, because he did not trust the day-care system. (How about him quitting his job if he did not trust the day-care system?). Men do not tend to think about future families when considering a promotion or taking up more responsibilities in the workplace, as traditionally the wife would make up for any shortfalls in the family. In fact, 46% of men of Princeton’s Class of 2006 expected their wives to interrupt her careers2. Women in medicine are still being told to carefully choose their specialities to avoid the disappointment of a career away from their children, in which they should be the main caregivers. In fact, I was struck to learn that half of the men stated “their children” as hobbies in a survey carried out during a company retreat1b.

What is also quite surprising is that some men in traditional societies prefer their children to be delivered by female obstetricians3,4. Female obstetricians are not born or plucked out of a tree like a fruit, they are made through years of hard work and time away from their families too. Some of these women doctors wake up as early as 5am to prepare breakfast, wake up their children and get them ready for school, and to make sure that their husband’s shirts are ironed before heading off to work at 8am for a gruelling 12-hour shift. If the female workforce has stepped up and contributed to the economy, why can’t men also step up and help their wives? The idea of men as main providers and women as main caregivers is dated and sexist – what if the man has a chronic condition and is unable to work full-time? Does that make him less of a man? Of course not. Times are changing and both men and women need to play their part in this.

Finally, there is no such thing as perfect timing. There are no specific milestones that one must adhere to. While there is value in planning, one needs to remember that plans depend on many factors often beyond our control. The ability to ride the waves of life is a more valuable skill then having many university degrees could have. I took many risks to be where I am today. I was once told that medicine was beyond me because my father could not afford it. If we were to tell every child from a disadvantaged background that many things are off-limits to them, most of us would not have gone to become doctors or gone to Oxbridge for a DPhil. If you want to be exceptional, expect to face difficulties because nothing great comes easy. Be ready to challenge the status quo. In the words of Jim Rohn: “If you are not willing to risk the unusual, you will have to settle for the ordinary.”